Regarding the invasion of Ukraine

Researchers have mapped the physicochemical properties of proteins in 20,000 organisms. The results, published in The Proceedings of the National Academy of Sciences (PNAS), show that the properties not only provide clues to understanding evolution and adaptation, but also add new dimensions to the established taxonomical classification system. 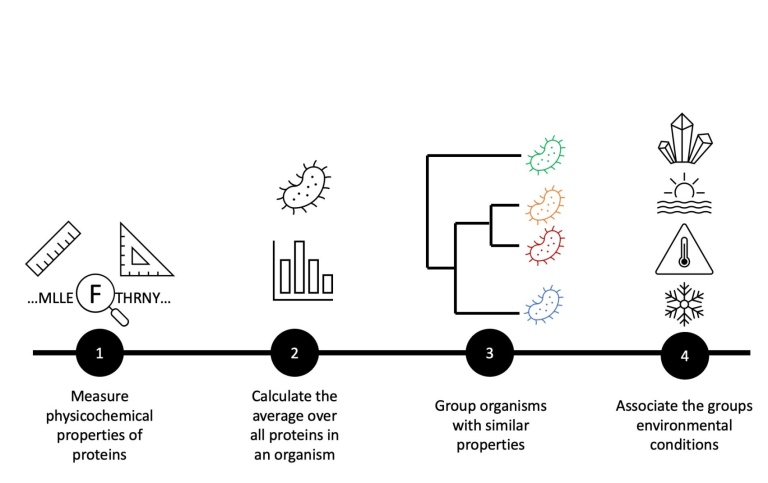 A schematic description of the research strategy. Illustration: Eloy Vallina

Life emerges from a myriad of chemical processes simultaneously occurring inside cells. Proteins are the molecular machines responsible for promoting and controlling cellular functions – from burning fuel for energy, to complex organism behavior and survival strategies – and how they manage their job is challenging to understand. At least one thing seems clear:  proteins must be able to find and interact with each other when they need to, but not impede each other’s work.

A recent study by Eloy Vallina and Mikael Oliveberg, researchers in the Department of Biochemistry and Biophysics at Stockholm University, shows that there is one common principle in how organisms solve this problem, but with strategies so diverse that they can distinguish between individual organism species simply by tracking a handful of physicochemical properties. Strikingly, these properties are coded by the hypervariable parts of the protein sequences that are generally considered non-conserved, revealing that evolution works at more levels than previously anticipated.

Essentially, proteins have evolved to carry net negative charge providing a basal level of electrostatic repulsion, just like magnetic poles of the same sign. To assure functional control, proteins also employ counteracting attractive forces, allowing them to gently ‘feel’ one another’s surfaces in search for their correct partners. “Proteins are deaf and blind,” Oliveberg says “so picture two friends trying to find each other on a crowded, loud and pitch-dark subway station.” 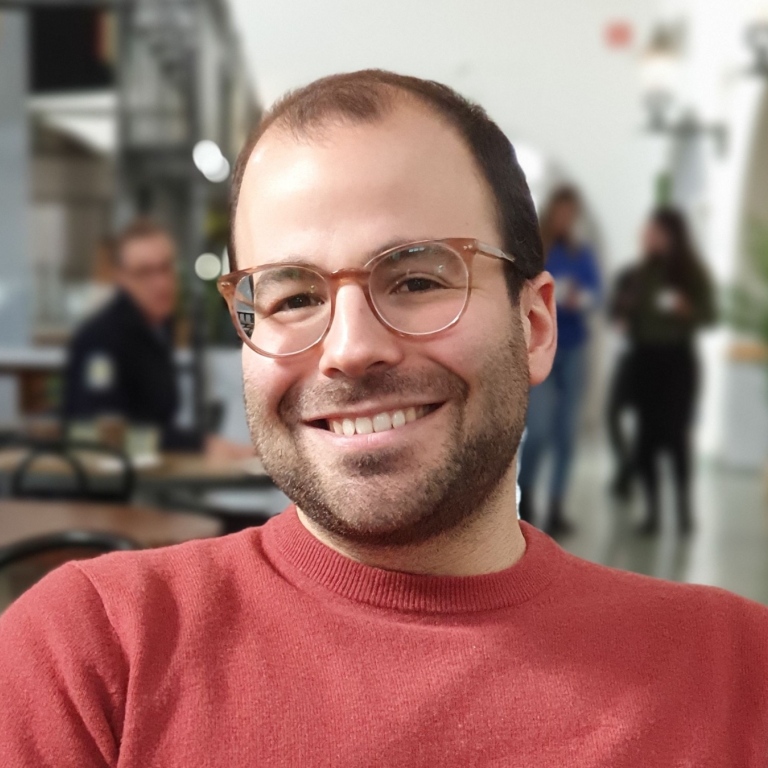 “Evolution has created a delicate balance”, Eloy Vallina explains, “too little repulsion and proteins get stuck to each other, too much and they can never meet when they need to.”

By mapping the protein properties of all organisms in the databases, the study concludes that ensuring this balance between repulsive and attractive forces has shaped the proteins of all cellular organisms.

“It is a universal problem for which organisms have found solutions that are carefully tuned to their environment and their lifestyle,” Eloy Vallina says.

The study points out that these adaptations involve thousands of concerted changes to the proteins of an organism, which initially take place at the expense of the organism’s fitness. Moreover, the research poses challenging questions to evolutionary biologists.

“This is the first step towards understanding what that process, which led to the colonization of extreme environments, actually looked like. These results expose an additional level of evolutionary information complementary to that obtained by conventional sequence analysis, which can help other researchers in understanding, not only how cells work at molecular level, but also what are the extreme physiochemical boundaries for life to exist”, Eloy Vallina concludes.

Find the publication:
Physicochemical classification of organisms, in The Proceedings of the National Academy of Sciences (PNAS)